What Will It Take to Achieve Equity in Education?

“Until we get equality in education, we won’t have an equal society.” That was Supreme Court Justice Sonia Sotomayor in 2009—more than a decade ago and 70+ years since the start of the Civil Rights movement. The disparity in educational equity has continued to widen, rather than shrink, in the decade since. Gaps in academic outcomes between high- and lower-income students have grown substantially. And it’s just not ok.

Eighteen years after “No Child Left Behind” promised to “close the achievement gaps” in race and socio-economic background, children in more than one-third of the nation are still underperforming in reading, writing, and math. Lackluster recent NAEP scores among 4th and 8th graders confirm this.

In many states, funding is the driving force behind education inequity. According to an analysis by the Education Law Center and Rutgers Graduate School of Education, school budgets vary dramatically and are usually dictated by local property taxes. This often leads to “less funding in higher poverty school districts, even though these students may require more resources to achieve.” (Federal funding, on average, accounts for 10% of a district’s budget.)

Even more alarming: “The worst-funded states also tend to neglect the basic educational interventions that could close the gaps in academic performance by underfunding early-childhood education,” according to TheNation.com. Compounding the problem are low student-to-faculty ratios, overworked teachers, and curricula inadequate for meeting basic state standards. The result: Consistent “underperforming” ratings for poorer districts. Students of color are disproportionately affected, with approximately 40 percent of these young people attending high-poverty schools (defined as 75 percent or more of students receiving free or reduced-price lunch).

The long-term effects are startling. Missed educational opportunities trap young people in the cycle of generational poverty. Extensive research has conclusively shown that lower educational attainment is associated with diminishing employment prospects, stagnant wages, increased incarceration, and an untrained labor force unable to meet the demands of today’s global job market. This is a degradation of our American values. In order for our democracy to flourish, and prepare future generations for a global economy, the promise of life, liberty, and the pursuit of happiness cannot be held exclusively for those born into privilege of native-language, learning abilities, skin color, and socio-economic status.

READ THE FULL ARTICLE ON GETTING SMART 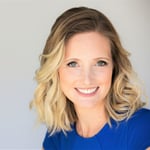 Jessica is CEO of Open Up Resources. Previously, Jessica was the co-founder and Chief Academic Officer at the adaptive literacy software company LightSail Education. Her instructionally-focused product vision brought numerous awards to the organization, including the Digital Promise and Edsurge Digital Innovation in Learning Award, two ASU-GSV Return on Education VentureEd awards, and a Readers’ Choice Top 100 recognition from District Administration magazine. To learn more about Jessica, click here.

About Open Up Resources:

Open Up Resources is a 501c3 that exists to increase equity in education by making the highest quality curriculum freely accessible to educators and providing implementation supports to the broadest number of teachers, empowering them to effectively and sustainably improve student outcomes in pre-K-12 English Language Arts and Mathematics. To learn more about Open Up Resources' mission and work, click here.